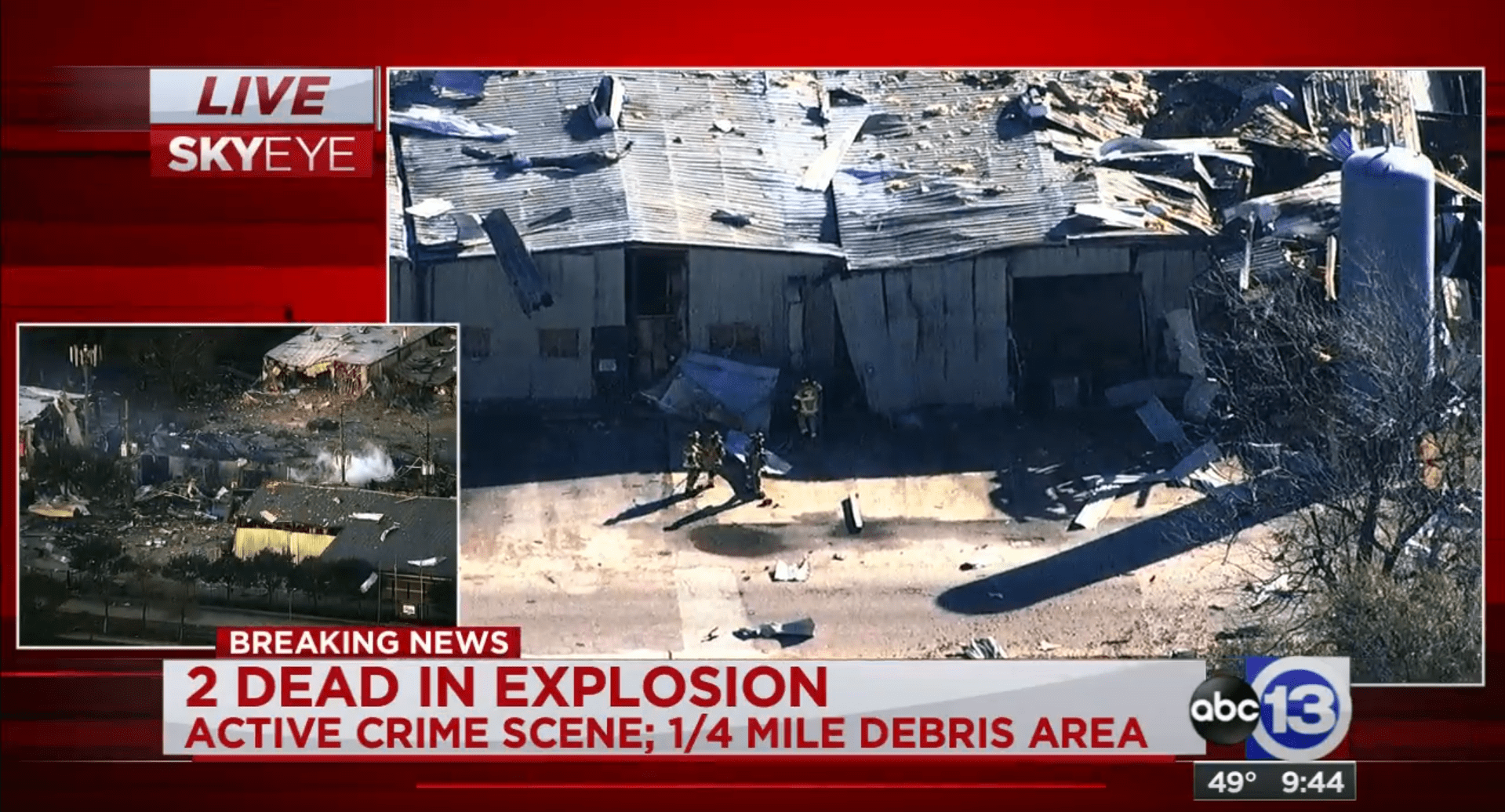 Early Friday morning at approximately 4:15 AM, an explosion blast occurred in the Watson Grinding and Manufacturing building located on 4525 Gessner Road in Northwest Houston.

Houston Police Chief Art Acevedo has reported that there is currently one employee that is unaccounted for after the blast, however reports have now confirmed two fatalities.

On Twitter, Chief Acevedo also stated that debris from the building was spotted half a mile away from the building and reports are claiming that the blast was felt as far as Baytown and North as far past as Kingwood.

Houston Fire Captain Oscar Garcia stated that firefighters are currently going door to door doing welfare checks on residents within the blast radius and that at least one resident has been hospitalized due to injuries sustained from shattered glass.

The owner of the building has reported that the explosion originated from a propylene tank, a chemical that is highly flammable.

Currently, the Church of Latter-Day Saints located on 4703 Shadowdale Dr. has opened its doors as a shelter for victims affected by the explosion.

This story is still updating.

Early estimates say that at least 200 homes have been damaged as a result of the blast. There have been reports of broken windows, broken doors, torn and lifted shingles, and blasted in garage doors and even caving roofs from within the blast radius of the explosion.

Pictures have been flowing in on social media depicting damage within neighboring homes and businesses.

Explosion in Houston 2 blocks away from our house. It broke 4 of our windows. pic.twitter.com/u6cFJupeFe

Doors blown off of a gas station near the intersection where the there was an #explosion at Watson Grinding and Manufacturing in #Houston. Media please be respectful to businesses in the area and don’t invade their space. They don’t know any more than you do. pic.twitter.com/uB6n4yb25K

Reporter @CourtneyABC13 from HLN affiliate KTRK is on the ground in a residential neighborhood in Houston where the force of an explosion was so strong, some homes have been deemed “structurally unsafe.” pic.twitter.com/g19lGw4qSw

Several residents have posted videos on social media documenting the explosion and its destructive aftermath.

Breaking: Video just into our newsroom showing the aftermath of an explosion in Houston, TX.

Police say this is an industrial facility. Witnesses say the windows and walls of their homes rattled.

At this hour, authorities warn of a second blast. @wpri12 pic.twitter.com/w5BPCwx2a6

Who Are Watson Grinding and Manufacturing?

According to their website, Watson Grinding and Manufacturing is a manufacturer that provides “machining, grinding, lapping & thermal spray coatings” to various oil and gas plants throughout Texas and touts a “fully equipped in-house Metallurgical Laboratory.”

Reports also indicate that they currently employ anywhere between 100 to 150 employees.

Watson Valve is a sister company of Watson Grinding located on 4512 Steffani Ln in Houston that specializes in “severe service ball valves” for chemical plants. Severe service valves are used to secure chemicals from leaks and potentially life-threatening explosions.

As reported before, the explosion originated from a 2000-gallon propylene chemical tank on the property. 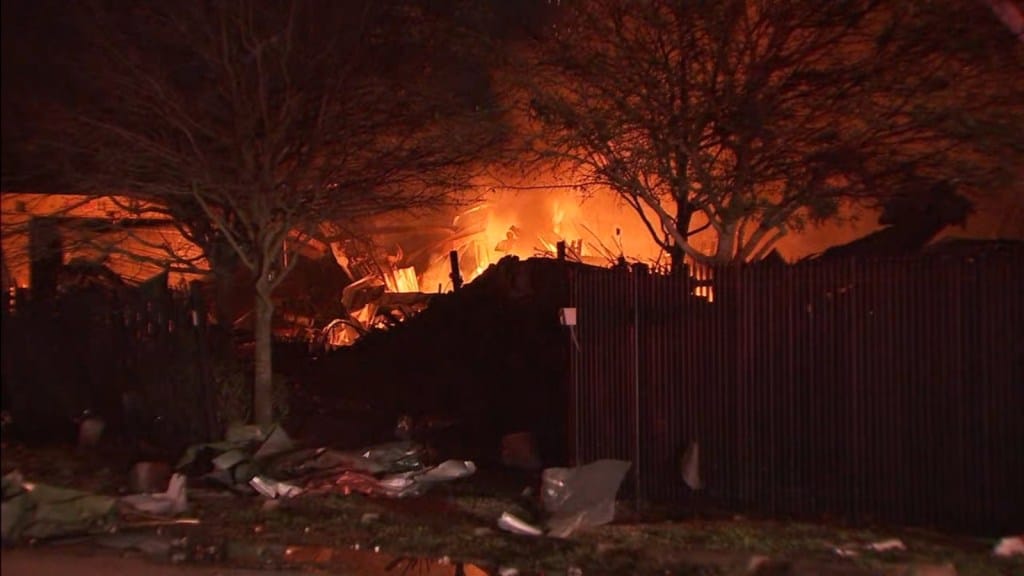 What Should I Do If My Property Was Damaged In The Houston Watson Explosion?

If your home or place of business was damaged due to the Houston Watson explosion, here...