No, You Can't Sue For Your Injuries If You Get Hurt Storming Area 51 Moore Law Firm - 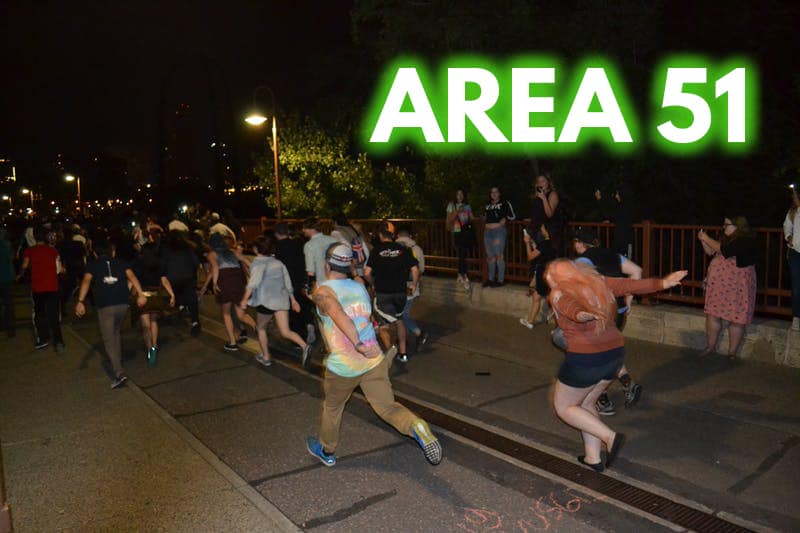 No, You Can’t Sue For Your Injuries If You Get Hurt Storming Area 51

As you may have heard on social media or national news, millions of people (whether seriously or not) have RSVP’d to “storm Area 51” in an effort to “see them aliens” in the early morning of September 20th. Yes, it is 2019 and yes, this is a real thing that is happening.

As injury lawyers with over 27 years of practicing injury law and premises liability, it’s in everyone’s best interest for us to tell you that this is an extremely terrible and dangerous idea. For your safety: DO NOT PARTICIPATE IN THIS EVENT AND DO NOT STORM AREA 51.

In the interest of education, let’s unpack why exactly participating in this event is a terrible idea and what does the law actually say about premises liability and injuries sustained on government property such as Area 51.

What Is The Federal Tort Claims Act?

The Federal Tort Claims Act (FTCA) is a federal statute (law) that allows private citizens to bring a civil cause of action (file a lawsuit) against the federal government for a variety of wrongful acts committed by persons acting on behalf of the United States.

The United States shall be liable, respecting the provisions of this title relating to tort claims, in the same manner and to the same extent as a private individual under like circumstances, but shall not be liable for interest prior to judgment or for punitive damages.

If, however, in any case wherein death was caused, the law of the place where the act or omission complained of occurred provides, or has been construed to provide, for damages only punitive in nature, the United States shall be liable for actual or compensatory damages, measured by the pecuniary injuries resulting from such death to the persons respectively, for whose benefit the action was brought, in lieu thereof.

With respect to any claim under this chapter, the United States shall be entitled to assert any defense based upon judicial or legislative immunity which otherwise would have been available to the employee of the United States whose act or omission gave rise to the claim, as well as any other defenses to which the United States is entitled.

Without getting too deep in the details of the FTCA, we can see in the 3rd paragraph that the US is entitled to assert immunity for claims that are brought against them. § 1346 also states that although the federal district court where the incident occurred would have jurisdiction over the matter, the district court would apply “the law of the place where the act or omission occurred,” meaning they would apply state injury laws.

In this particular scenario, we should then consider laws that are applied when an individual is injured on another person’s property.

What Are Premises Liability Laws?

If you are what is called an “invitee” on the property, meaning someone who is invited or allowed onto the property, then you are afforded the utmost care to ensure you are safe from injury. If you are a trespasser, you are still afforded some duty of care, however, this standard is much lower to where the owner is only liable if they commit “gross negligence” or intentionally injure the person.

The problem with attempting to use premises liability laws to make a claim for your injuries, however, is that in this specific scenario, you would be trespassing onto a military base that the government has every interest in safeguarding.

What Does The Law Say About Trespassing On Military Bases?

Federal law is very clear regarding trespassing on military bases as we can see in Title 18 of the U.S. Code:

Whoever, within the jurisdiction of the United States, goes upon any military, naval, or Coast Guard reservation, post, fort, arsenal, yard, station, or installation, for any purpose prohibited by law or lawful regulation; or

Whoever reenters or is found within any such reservation, post, fort, arsenal, yard, station, or installation, after having been removed therefrom or ordered not to reenter by any officer or person in command or charge thereof—

Shall be fined under this title or imprisoned not more than six months, or both.

Rest assured, if you are trespassing on a military base you WILL be arrested and likely criminally charged and sentenced to up to six months in federal prison.

Although there are instances where someone committing a crime on someone else’s property could potentially file a premises liability suit if they are injured, the likelihood of you winning an injury claim against the US Government for trespassing on a military base is extremely low.

If you were injured NOT doing a Naruto run toward Area 51 and actually have a legitimate injury claim, call the McAllen injury lawyers for a FREE and FAST consultation at 1-800-444-2780. 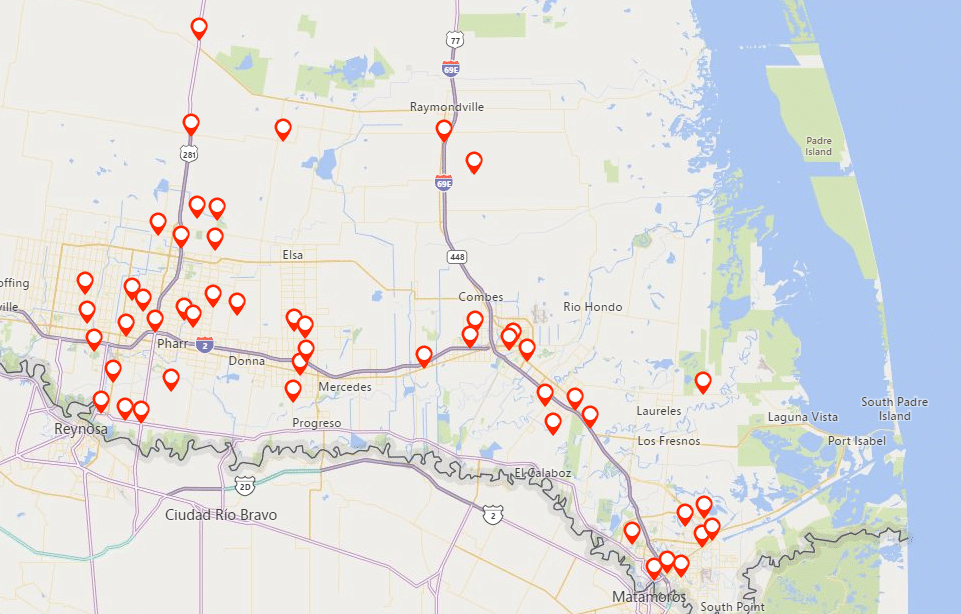 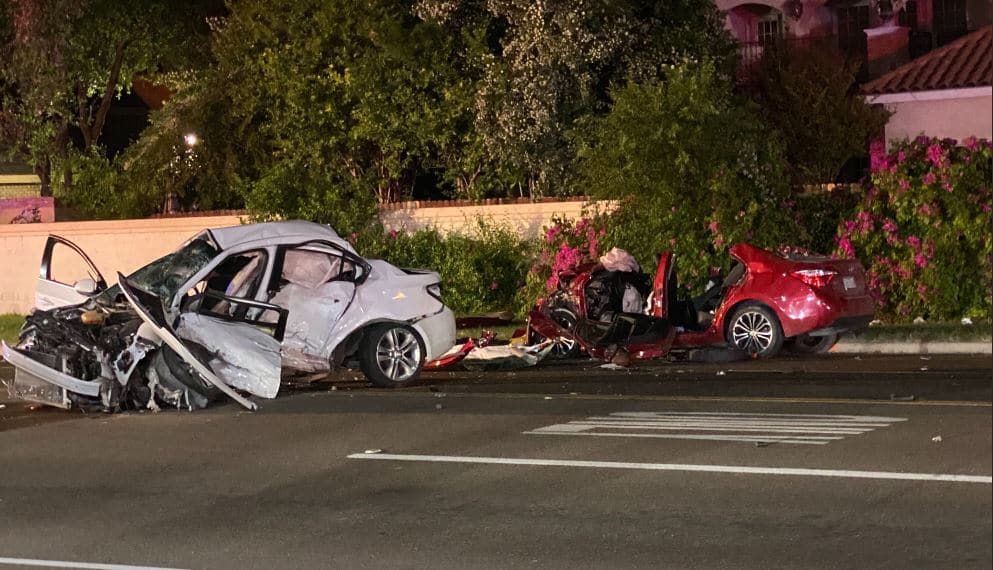 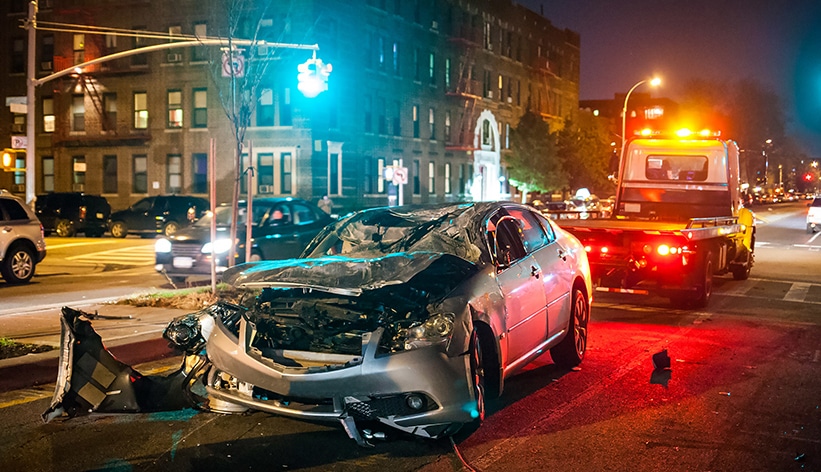