The Disturbing History of Monsanto, The Company Behind RoundUp Moore Law Firm - 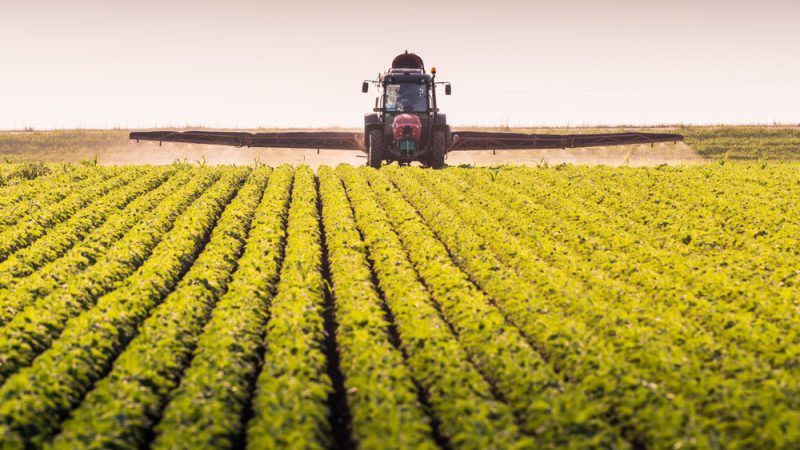 Although Monsanto has become a household name since 2019 following a swath of lawsuits that resulted in them having to pay millions in damages, very few people know much, if at all, about the chemical company behind RoundUp.

Long before they had made headlines for their non-Hodgkin’s lymphoma inducing product, Monsanto has been involved in the production of various nefarious products that have harmed millions of people across the world.

Monsanto is an agrochemical and agricultural company that, up to as recently as 2018, was listed on the Fortune 500 with revenue upwards of $15 billion. Formed in 1901 by John Francis Queeny, Monsanto is currently owned by Bayer, one of the largest pharmaceutical companies in the world.

Although Monsanto is most recently known as the inventor of the carcinogenic compound glyphosate which is found in RoundUp, it has also developed a plethora of different dangerous products and has been involved in various controversies that have landed the agrochemical giant on the losing end in various court battles.

Agent Orange is an herbicide that was used, tactically, to destroy the crops and forested land in Eastern Vietnam as a part of a chemical warfare program entitled “Operation Ranch Hand” to combat enemies dependant on affected crops and concealment from affected forested land.

Not only did the result of the exposure to Agent Orange lead to millions of Vietnamese citizens and refugees to suffer from various illnesses and Vietnamese children to be born with various birth defects and deformities, but caused cancers such as soft tissue sarcoma, non-Hodgkins lymphoma, chronic lymphocytic leukemia, respiratory cancers, and prostate cancer to members of the U.S. military who were also exposed.

In 1980, a class-action lawsuit was filed against Monsanto and the other participating companies that produced Agent Orange on behalf of the veterans who developed various cancers after their exposure. Although they continued to deny claims that Agent Orange caused the veterans’ cancers, in 1984, the companies settled the class-action lawsuit for $180 million ($442 million today) with Monsanto, alone, agreeing to pay 45% of the settlement.

In 1935, Monsanto became a lead producer in Polychlorinated biphenyls (PCBs), a chemical compound that was widely used as a coolant for electrical transformers and as a heat stabilizer in cables other electronic equipment. At its height, Monsanto produced 99% of all PCBs used in the United States.

As early as the late 1930s, incidents of exposed workers growing ill allowed industry officials to recognize the toxicity of PCBs and according to leaked internal documents from the 1960s, Monsanto became increasingly aware of the detrimental effects of PCBs to the environment and to humans, however, they continued to produce the dangerous compound and ignored their own studies.

By the 1970s, various studies had concluded the toxicity of PCBs; coupled with transformers leaking PCBs and factories growing dangerously toxic for workers, Monsanto ended production of PCBs in 1977 and in 1979, the production of PCBs was banned by Congress.

Starting in the 1990s, various lawsuits with plaintiffs who were suffering from non-Hodgkin’s lymphoma and other various illnesses after exposure to PCBs were filed against Monsanto, with the company settling cases for hundreds of millions of dollars.

The city of Anniston, Alabama sued Monsanto for contaminating their city for decades and telling no one. According to internal documents produced from the lawsuit, it was discovered that Monsanto would routinely pump out toxic waste in a local creek and dumped millions of pounds of PCBs into oozing open-pit landfills in the city. Eventually, the city and Monsanto agreed to a $700 million settlement.

In 2006, the town of Nitro, West Virginia, where Agent Orange was produced, filed a lawsuit against Monsanto for contaminating their city with Agent Orange byproduct pollution of Dioxin, the compound that has linked to causing cancer. In 2013, Monsanto subsequently paid the city $93 million in compensatory damages.

Glysophate, RoundUp and The Link To Non-Hodgkin’s Lymphoma

Various studies have shown a link between the exposure of Glysophate, the active ingredient in RoundUp, and exposed persons developing non-Hodgkin’s lymphoma. In 2015, the International Agency for Research on Cancer, a department of the World Health Organization, released a report following numerous studies on the effects of glyphosate, classifying it as a “Class 2A – Probable Carcinogen” to humans.

Today, we find Monsanto in another legal battle with victims over another one of their products, specifically RoundUp weedkiller, that are causing exposed persons to develop non-Hodgkin’s lymphoma.

To date, Monsanto has been ordered to pay hundreds of millions of dollars in compensatory damages to victims who were exposed to RoundUp and developed non-Hodgkin’s lymphoma.

If you were exposed to RoundUp and have developed non-Hodgkin’s lymphoma, call the Texas RoundUp cancer lawyers at Moore Law Firm today for a free, private consultation to review your legal options that may be able to pay for your medical expenses and treatments.

In a follow up to the story from last week, a federal jury in the Northern District of...