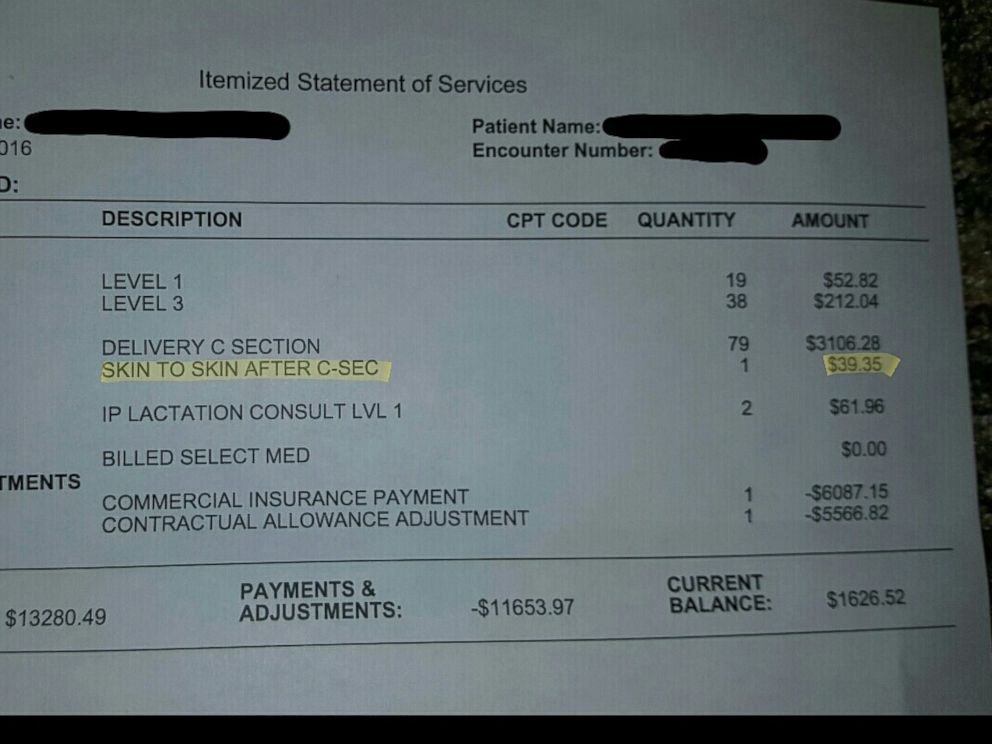 Absurd hospital charges are seemingly becoming more and more common but this is certainly one for the books. In this week’s episode of The Twilight Zone, a hospital in Provo, Utah charged $40 to allow parents to carry their newborn.

Ryan Grassley’s wife, Lidia Grassley, gave birth to their second child, Samuel, on Sept. 4 at Utah Valley Hospital in Provo. A few weeks later, they received an itemized bill for $13,280.49, which they say included a $39.35 charge for “skin to skin after C-sec.”

He told ABC News that when his wife entered the hospital for her planned cesarean, hospital staffers asked if he would like to have skin-to-skin contact after the baby was born, and he said yes, “of course.”

This isn’t necessarily new for hospitals to engage in these sorts of price-gouging practices, however, this particular charge is especially unique, given that this hospital would seek to profit from such an intimate moment for both parents.

In an attempt to explain away the charge, the hospital released a statement to ABC News:

“There is never a charge for a patient to hold their baby. We do everything possible to allow all mothers skin-to-skin contact with their newborns immediately after delivery. Only in the case of a C-section birth is an additional nurse brought into the operating room. This is to ensure both mom and baby remain safe, as the mother has been medicated for the procedure,” the statement read. “There is an additional charge associated with bringing an extra caregiver into the OR. The charge is not for holding the baby but for the additional caregiver needed to maintain the highest levels of patient safety. Charges associated with facilitating skin-to-skin contact after birth are a function of nursing time. Nursing time required to facilitate safe skin-to-skin contact in cases where a C-section takes place varies from case to case.”

So according to this explanation, the hospitals “extra caregiver” was already going to be brought in due to the C-section being performed, however when the hospital asked him if he would like to have “skin to skin contact after the baby was born” was he charged with $40. Again, this would mean that the father was, in fact, charged specifically for holding his newborn son.

Have you been a victim of a ridiculous hospital bill or absurd hospital charges?

Call the hospital bill lawyers at Moore Law Firm today at 956-631-5436 today and see how 50 years of litigation experience can fight for you.

A Texas Senator has filed a bill that would allow hospitals to continue gouging patients...

Attorneys representing McAllen Medical Center in the hospital lien lawsuit have filed an...

If you’ve ever been to the emergency room or even seen your doctor, often times...